Changing the Basecamp logo for Basecamp 3 wasn’t part of a grand plan. Jason Fried didn’t proclaim, “Let’s put a face on the Basecamp logo!” one morning. It happened because of these seemingly unconnected events.

1. Basecamp + Shawnimals at C2E2 Chicago, 2014
Shaun Hildner (our awesome media producer) had an idea to highlight our creative customers and how they use Basecamp. Shawnimals uses Basecamp to coordinate the creation of limited edition toys. We decided the best way to highlight Shawnimals was to sponsor their booth at C2E2 in Chicago (it’s our Comic Con).

We also thought it’d be cool to sell a limited edition toy—a Basecamp and Shawnimals collaboration. Shawn, of Shawnimals, created what we then called “Happy Sherpa”. It has since been renamed, but I’ll get to that part soon.

2. Nate Otto remix
Nate Otto was making illustrations for a new marketing site. He would draw scenarios: people in a meeting or at a tradeshow talking about Basecamp.

I needed an illustration to show the concept of “Made with Basecamp”. We went back and forth with a couple ideas, but one idea stuck. It was a Basecamp character running a conveyor belt machine.

We called it “Basecampy”. He made many more Basecampys that we’d use in other places of the marketing site and inside the Basecamp app.

Jason Fried didn’t like the name Basecampy. Jason’s pretty good with words. He suggested we rename it to “Happy Camper”.

I remember emailing Shawn from Shawnimals to place a new order of toys. I said, “Hey we need to reprint the label. We’re not calling it Happy Sherpa anymore. The new name is Happy Camper.” His reply was, “Damn. Why didn’t we think of that!?”

3. Building Basecamp 3 mobile apps
The regular Basecamp snowglobe was still very much a part of Basecamp 3 as we began to build the the product. It wasn’t until we started designing the mobile apps that we needed a way to differentiate Basecamp 2 from Basecamp 3 on our homescreens. Jason Zimdars came up with an awesome remix of Shawnimals’ and Nate’s version.

Truthfully the Happy Camper app icons weren’t meant to stick around. After 5 minutes we thought the app icons would revert back to the regular snowglobe. But, we all liked seeing the Basecamp logo smiling back at you on the homescreen.

4. The web app uses Happy Camper
I can’t remember how exactly it happened, but I think Jason Fried changed the desktop app logo to Happy Camper a few weeks after we’d tried it out on Android and iOS. We’d give it another 5 minutes to see how we liked it there.

It turns out we all did. That’s how Happy Camper came to be for Basecamp 3. 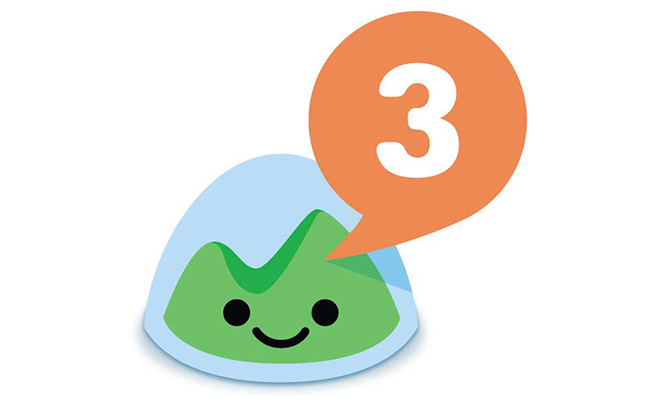 Apply to get your beta invite today if you haven’t already.

I’m not going to lie. That lil’ guy is goddamn cute. Fun to hear how it came about.

He looks like a cool lil’ guy, but just remember to always leave the space in his name (and to Google alternative meanings before naming things).

That’s a great post. I always envisioned BC3 branding was a big meeting of “How do we brand Basecamp 3 differently from BC2?”. Tons of discussion/ideas/analysis. Now that the veil has been lifted, I like the process. It’s a slower and organic flow.

It will be interesting to see how BC4 evolves (hopefully years down the road). Should you intentionally brand it differently? Will it change in name only? Things to think about for the future. Regardless, certainly worthy of saying that each time you iterate, the process for development may look very different.

Thanks for sharing, Jamie!

I love the story of how this came together… not really a project or anything, just kinda happened. I also love the fact that its familiar to the original logo, but still distinctive. Great stuff!!!

I really like it. Also, woo! Cool points for me being in the photo.

If you liked this Design post by Jamie, you’ll probably like reading Yelp's nice settings toggle, Photo: A quick lesson on branding—via @gewqk., and Behind the scenes: Basecamp illustration