What does Lincoln Loop do?
Primarily web development, design, and consulting using the Django Web Framework. We’re also working on a couple of our own products. Ginger is actually geared towards improving communication for remote teams.
Did you start out as a remote company?
Yes. I started the company in Steamboat Springs, a small mountain town in Colorado. I was a ski bum/freelance developer who happened to stumble upon a good thing (Django). Pretty soon, business was booming and I needed help. The whole operation was bootstrapped so I didn’t have the budget to relocate people. Even if I could, I’m not sure I could entice them to be in the mountains and neck-deep in snow half the year. I wasn’t interested in moving to a “tech hub” and wanted to pull from a bigger talent pool than I had locally. Already being plugged into the open source world, working remote didn’t seem like a strange choice.
What challenges did you face in setting up as a remote company?
Like many others, I was enticed by cheap outsourcing arrangements. That was a nightmare and I quickly learned the value of having people you can trust implicitly on your side. After that, I was much more interested in cultivating a team of “managers of one” than attempting to micromanage a team of cheap outsourcers. Communication was rough at first, but we’ve got it pretty well dialed in now. It’s a combination of chat (IRC), voice/video (usually Hangouts), and asynchronous discussion (our own tool, Ginger).
What do you see as the major benefit of letting employees work offsite?
It puts them in control of their own lives. Autonomy is the number one indicator of happiness, and we can give them a lot of it. Interestingly, commuting has the exact opposite effect (lack of control and persistent source of unhappiness). We don’t lose people because they want to move, even if it’s to a different country.

Which would you rather have, a ping-pong table and a fridge full of sodas or the freedom to live anywhere in the world?

I’m living near the beach in Mexico now. Another one of our developers has lived in the Caribbean, France, and the Netherlands over the last few years. As far as job perks go, it’s huge in attracting new talent. 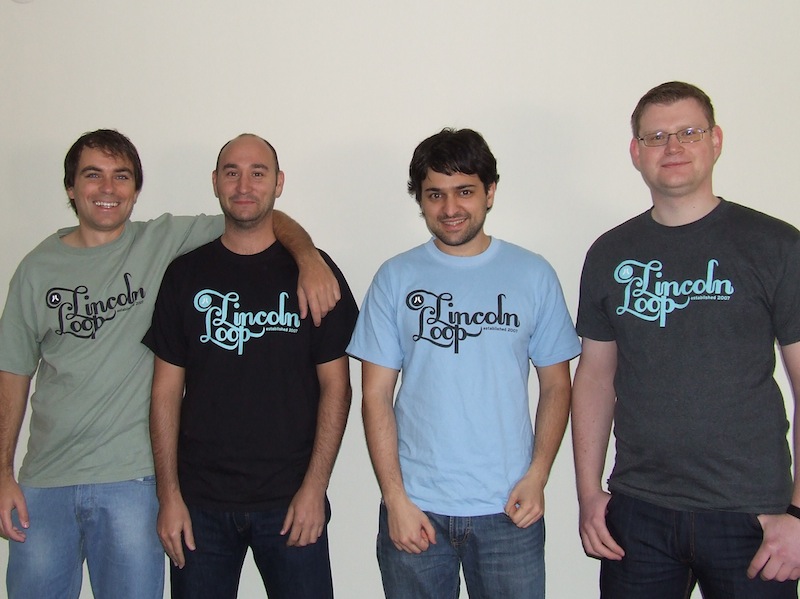 Which would you rather have, a ping-pong table and a fridge full of sodas or the freedom to live anywhere in the world?
Any advice for other companies who are considering going remote?
Trust and communication are the key components. If you don’t trust your employees, you need to fix that first (and perhaps ask yourself why you are working with people you can’t trust). Communication can be tough for somebody who is used to having lots of verbal communication and meetings in a co-located environment. Sticking to those patterns is setting your remote workers up to fail. They’ll always be out of loop.
Nat Friedman has a great post titled Everyone Dials In, where he describes how even co-located workers in his office called into meetings to ensure everyone was on equal footing. I think that’s the frame of mind you need to be in. Push all your communications to platforms where remote workers have equal opportunity to participate and soak up information.
Visit Lincoln Loop.

We use and rely on Ginger every day. It’s central to the way our team at &yet works.