Businessmen like Ray Kroc and Dave Thomas have secured their places in the annals of the fast food industry. But what about Harry Holly? He invented the hamburger patty molding machine in the kitchen of the burger restaurant he opened after losing his job in the Depression. Holly’s patty press helped bring the modern fast food industry into existence by equipping McDonald’s and Burger King with machines that could efficiently produce standard-sized burgers. 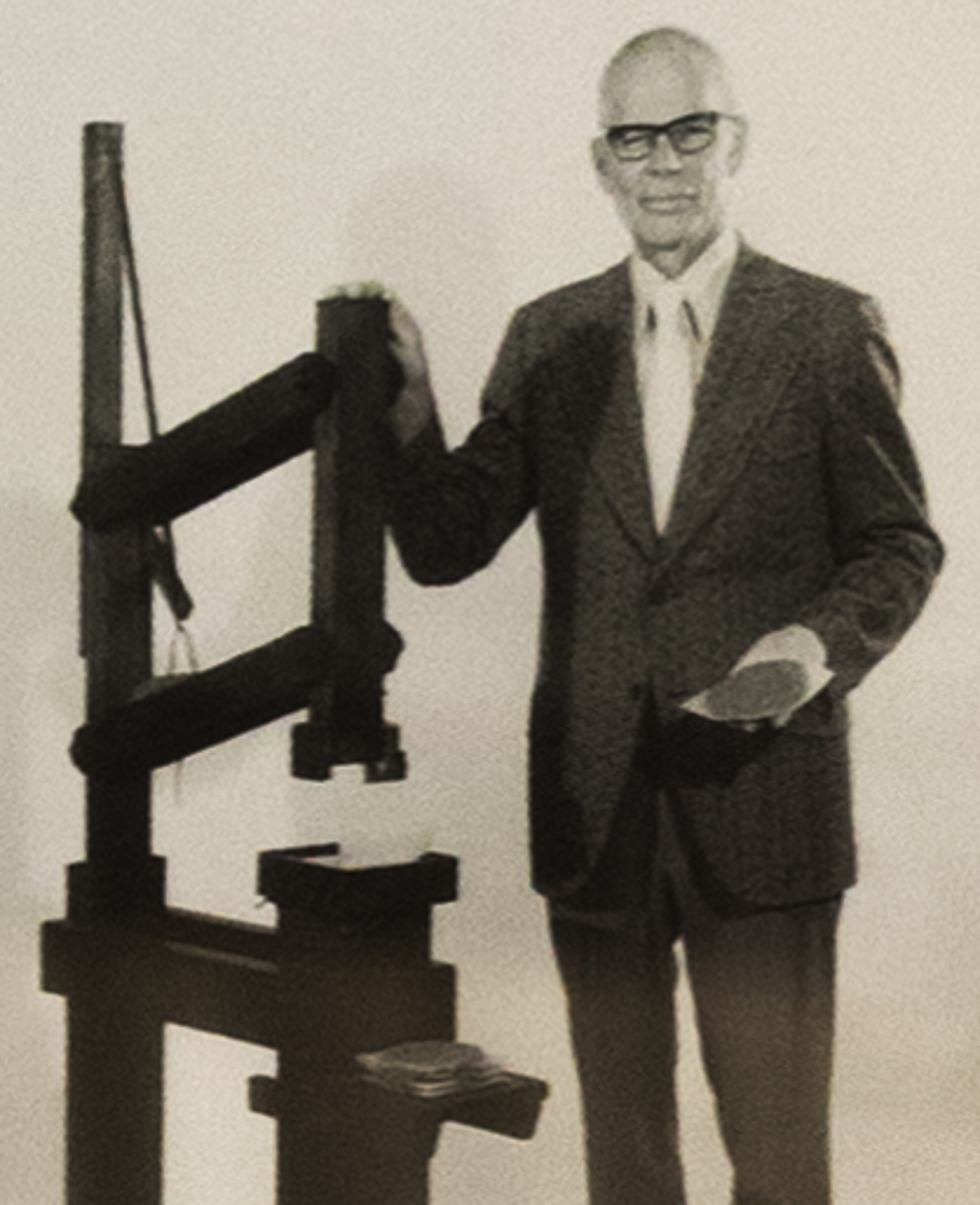 But 77 years after Holly founded his patty machine company, Hollymatic, neither inventor nor business has name recognition outside of the meat processing industry. That’s just the kind of story we like to tell at The Distance, which we launched in May to highlight businesses that have endured over decades.

In the case of Hollymatic, the company survived the loss of its major fast food customers as well as internal turmoil that booted Holly from leadership. The messiness in Hollymatic’s long history makes the company’s second wind under new ownership all the more satisfying. They are true business survivors and we hope you’ll check out their story. Thanks for reading!

Wow, truly great. Your premiere was a portrayal of a company whose whole business evolves around using the skin of creatures with feelings and dignity. Now this, a person who’s very invention is a big milestone for why so many animals are killed in the most gruesome ways imaginable – or unimaginable.

I get the idea of The Distance and I think it’s a nice counterpoint to almost every other publication that writes about businesses. But wasn’t Basecamp the company that asks questions, is skeptic and doesn’t just do what’s been done forever? If this is only limited to how a business is run, I guess I misunderstood some key aspects of all those quotes and little thoughts, insights and new ideas that had been posted on here over the years.

I mean, really, there’s this little column, a butcher is explaining how the design was “superior”, and that it could “pump ’em out really good” and how “sweet” it was, being able to “stack up patties so fast”. I mean, I get his love for the machine, really, but above the column there’s this drawn image of a cow, this ideal of what a cow looks like which it obviously doesn’t because what it really looks like is what’s inside that machine. And then this whole talk of what the cow becomes, how flat it essentially is in the end, without ever acknowledging what it ever was and was forced to be. I mean, come on, writing an article like this without even touching on these issues is just .. bad. Wasn’t Basecamp the company who stated that “users” is the wrong word, and we should all say “customers” because we respect the people who spent money on something we build? Where does respect end?

Yeah, I know there’s this notion to dismiss something like this as “oh that guy’s giving a lecture”. And if I am that guy, proudly so. My question simply remains: why are you so profoundly good at pointing out the flaws of stupid publications that think revenue is more important than profits or that VP-funding is the key to success, happiness and zen? Why then is your sponsored publication so bad at asking any question that’s beyond “nice anecdotes of how we made it all these years” and “how I like helicopters”? If you just want to celebrate independence ask yourself what the price of this independence is, especially if the whole business is build around cutting other’s. Not in a preachy way, just in a genuine – classic Basecamp “what are we really doing here, what’s the big picture, are we missing the essential thing here, is this good, is this okay, is this great?” – kind of way? There’s an elephant in the room, you know? It looks like a cow.

Cows are food. It’s fine to eat them and get paid to sell them to people. Cows don’t use software. They don’t have communication problems to solve. They’re not equivalent to Basecamp customers.

Sure, they’re fine to eat … if you don’t care about a) your health, b) the planet’s health, c) animal cruelty. I realize hardly anyone does, but a few of us do.

I ate less meat when I cared less about animals and ecology. I’m also healthier now.

If you liked this Writing post by Wailin Wong, you’ll probably like reading Looking into The Distance