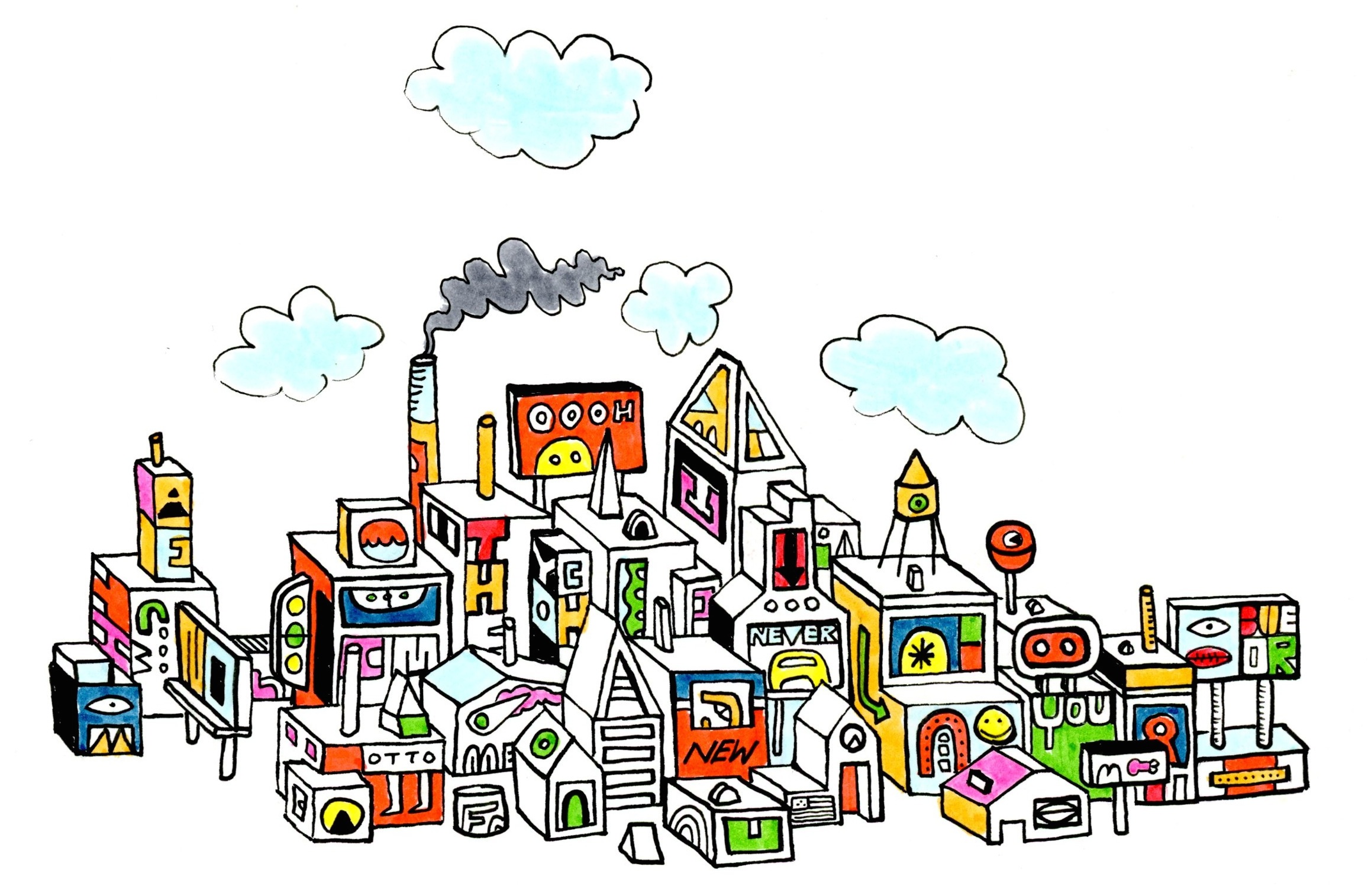 For the last ten months at Basecamp I have been the guy that draws stuff. After making occasional contributions at 37signals over the years, they tapped me to make hand drawn images for the Basecamp marketing site that first appeared in February. Since then my drawings have crept into the app itself, into email blasts, onto banners at Pitchfork, all up in The Distance, plastered on the walls of the office, and into several employee’s avatars. We came up with a creative contract that allows me time to work on my other career as an artist while still providing substantial input at Basecamp. 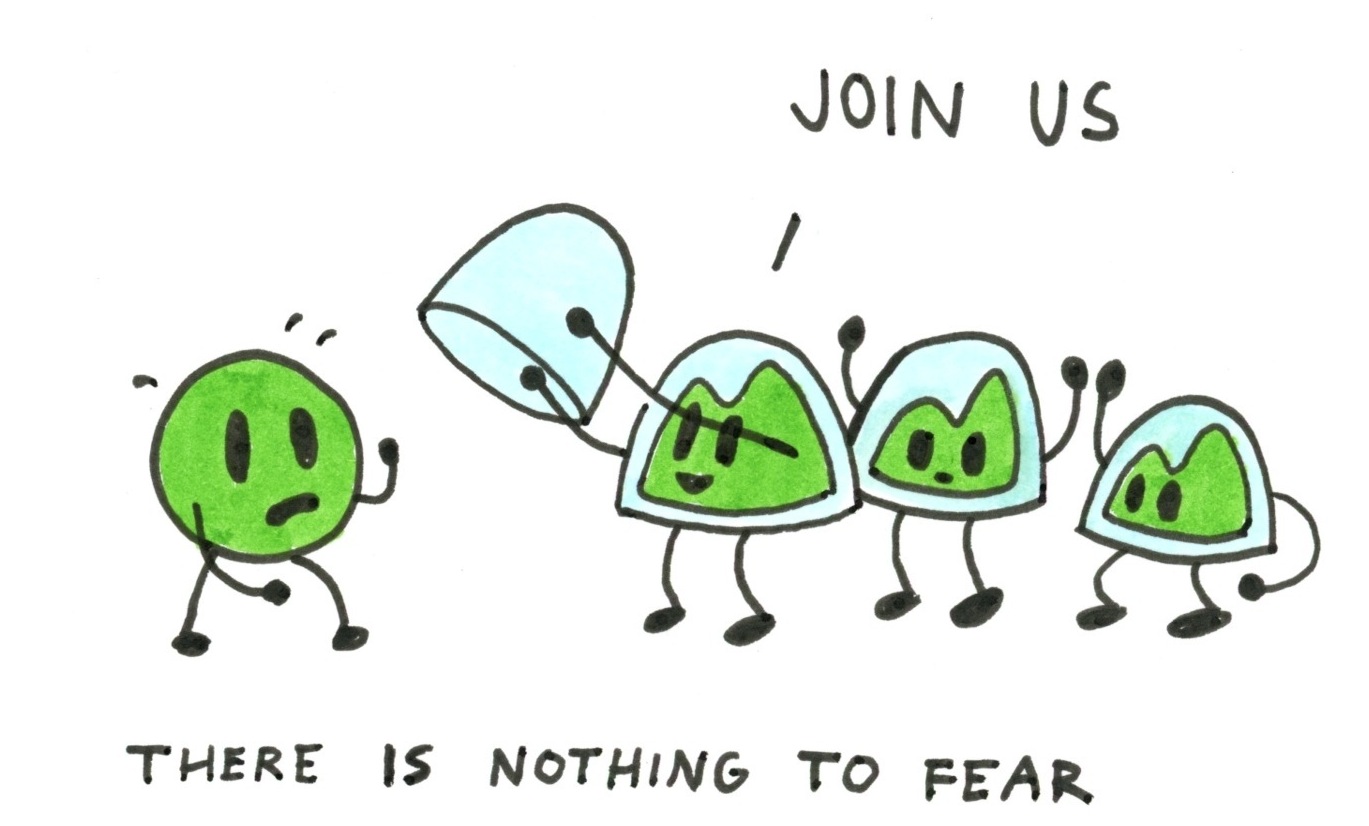 My other career as an artist? Yeah, that’s a real thing. People ask me all the time what it means to make art for a living. For me it pretty much boils down to: I work hard on making whatever I want, and then sometimes galleries like it and they show it, and sometimes people like it and they buy it. There are some emails involved and logistics to work out, but that is the gist of it. Oh, and luck, and ignoring the bad shit. 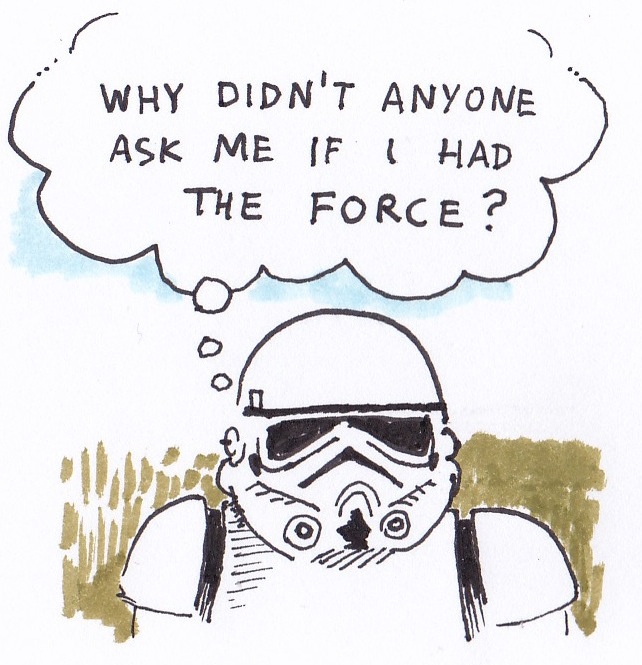 Illustrating and working with clients is a much different head space. Getting assignments can be great, and I really enjoy dealing in the real world with pragmatic earthbound people after wading through the goofy and treacherous waters of the art world and my own daydreams. And every time I take on another client that isn’t Basecamp, I appreciate Basecamp all the more. I like this gig. I like the product. I like the people. I like the process.

I am an auxiliary component of the design team. Designers ask for stuff and I try to provide it. Sometimes they use it. I see my contributions as a reminder that there are the hands of human beings behind the software, the scratchy 45 playing on the high end turntable. 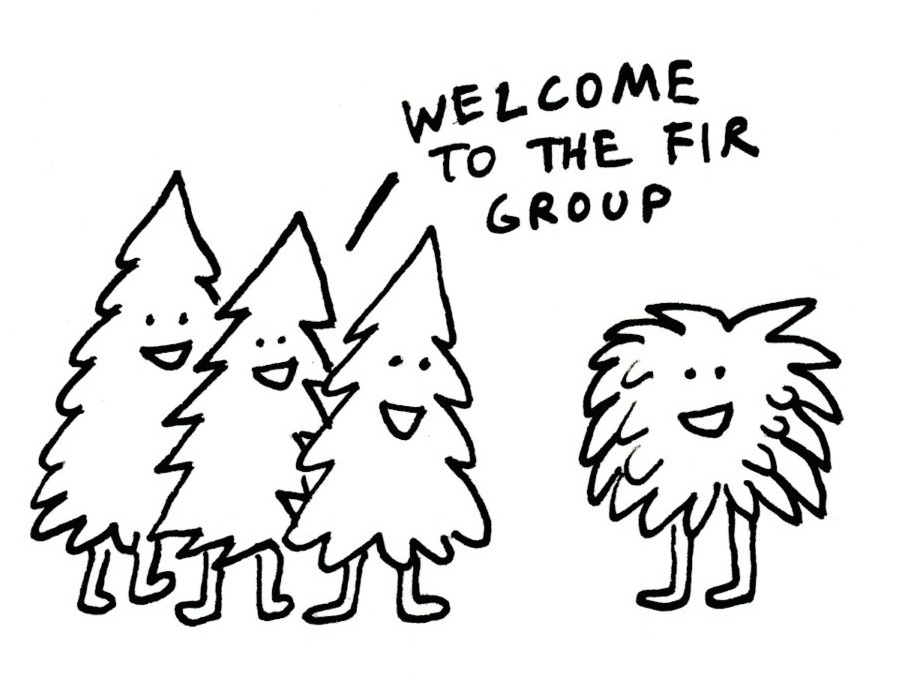 A lot of what I do for Basecamp never sees the light of day. Sometimes I just go off the rails. There was a six month stretch this year when I cut my own hair, because “I’m an artist.” But you can only lie to yourself while looking in the mirror for so long before you go back to the barber. There has been some other stuff that has never been used due to common sense, a change in direction, and there being no good place for it. This post would be a hundred feet long if I posted all of it, but I’ll share a few of the drawings that would otherwise never be seen. 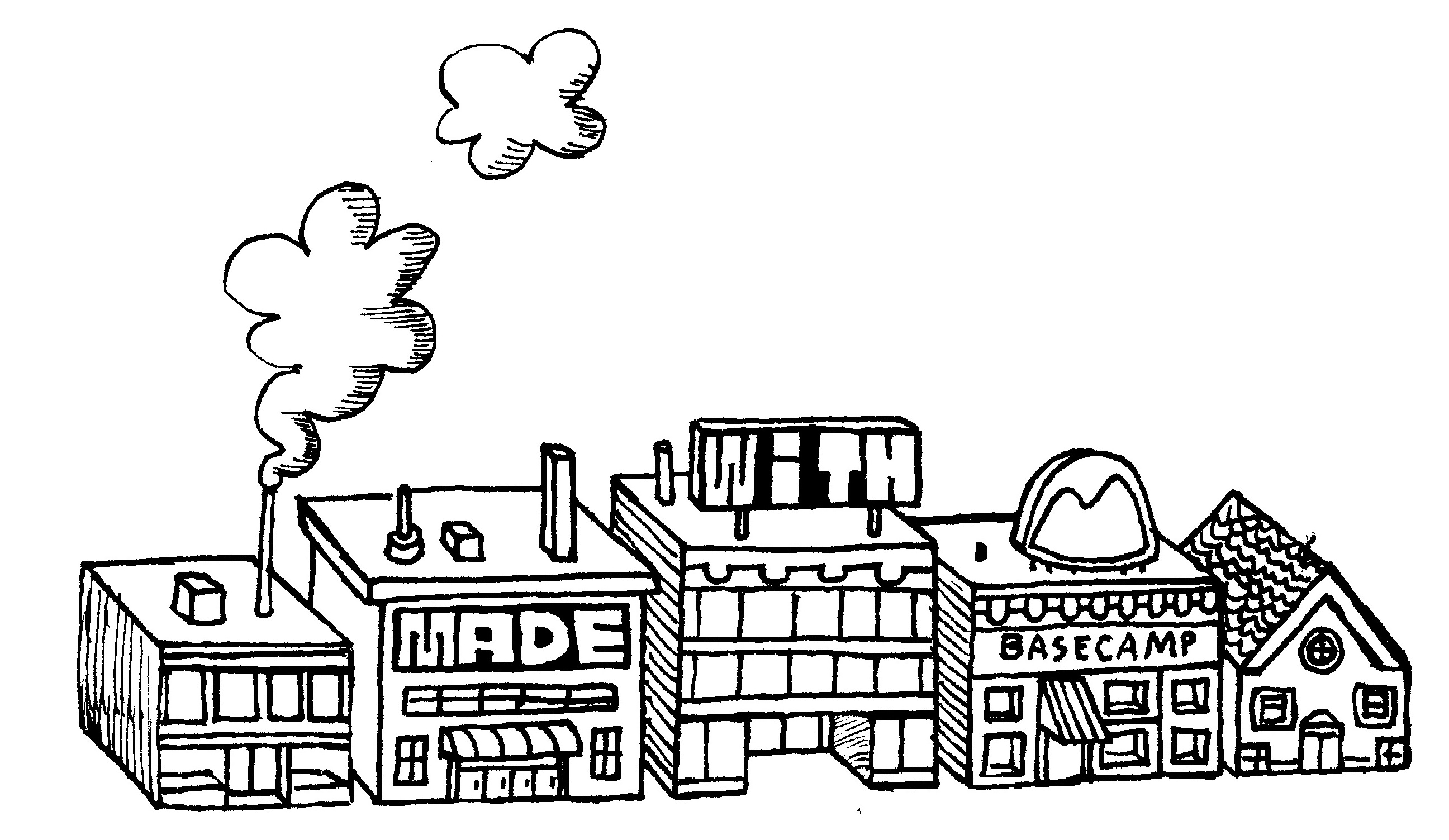 This was an alternative lead illustration for the Basecamp Made page 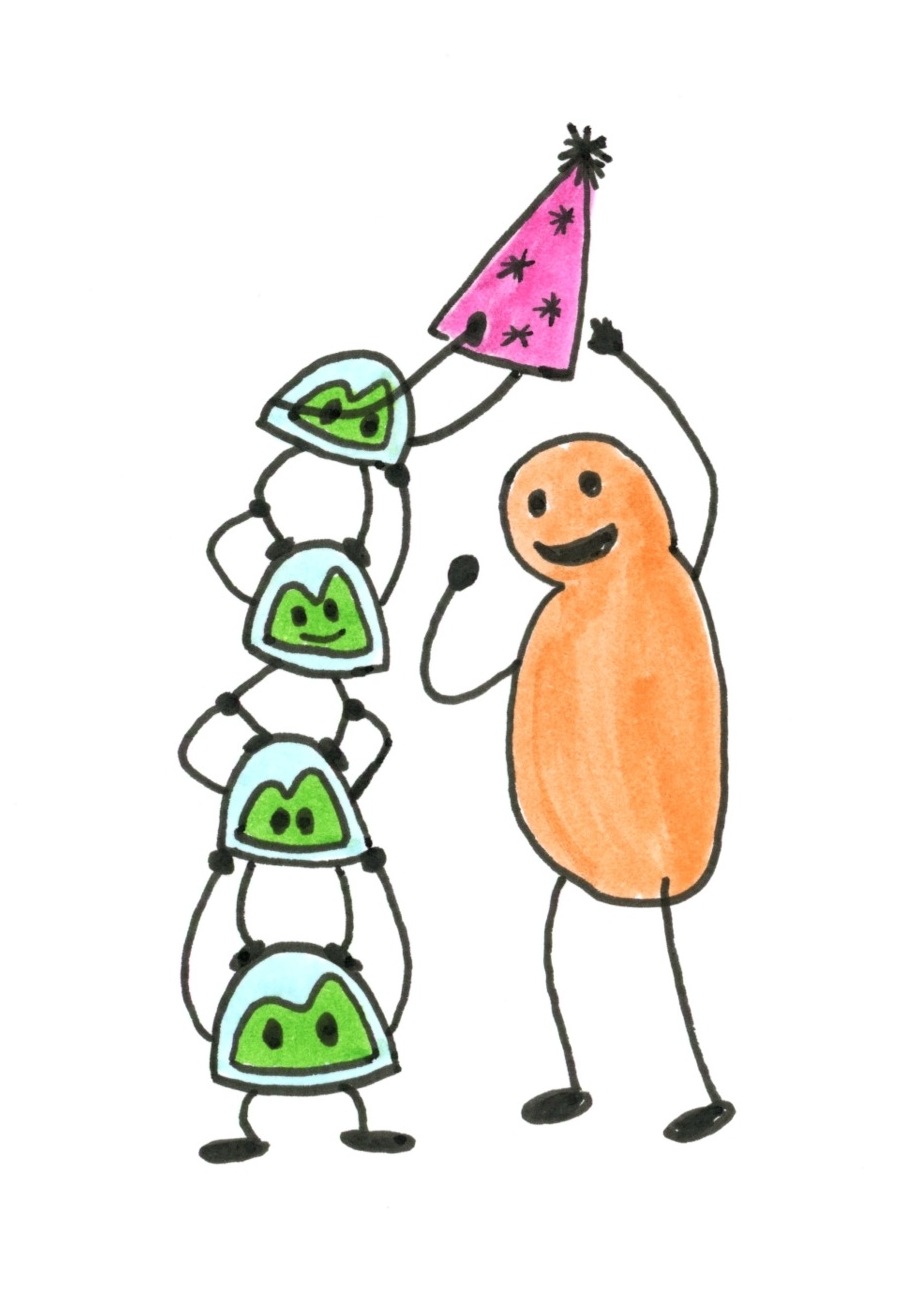 Here is “Basecampy” being helpful.

Here are options of “replacement Sues” for an image that needed another character. 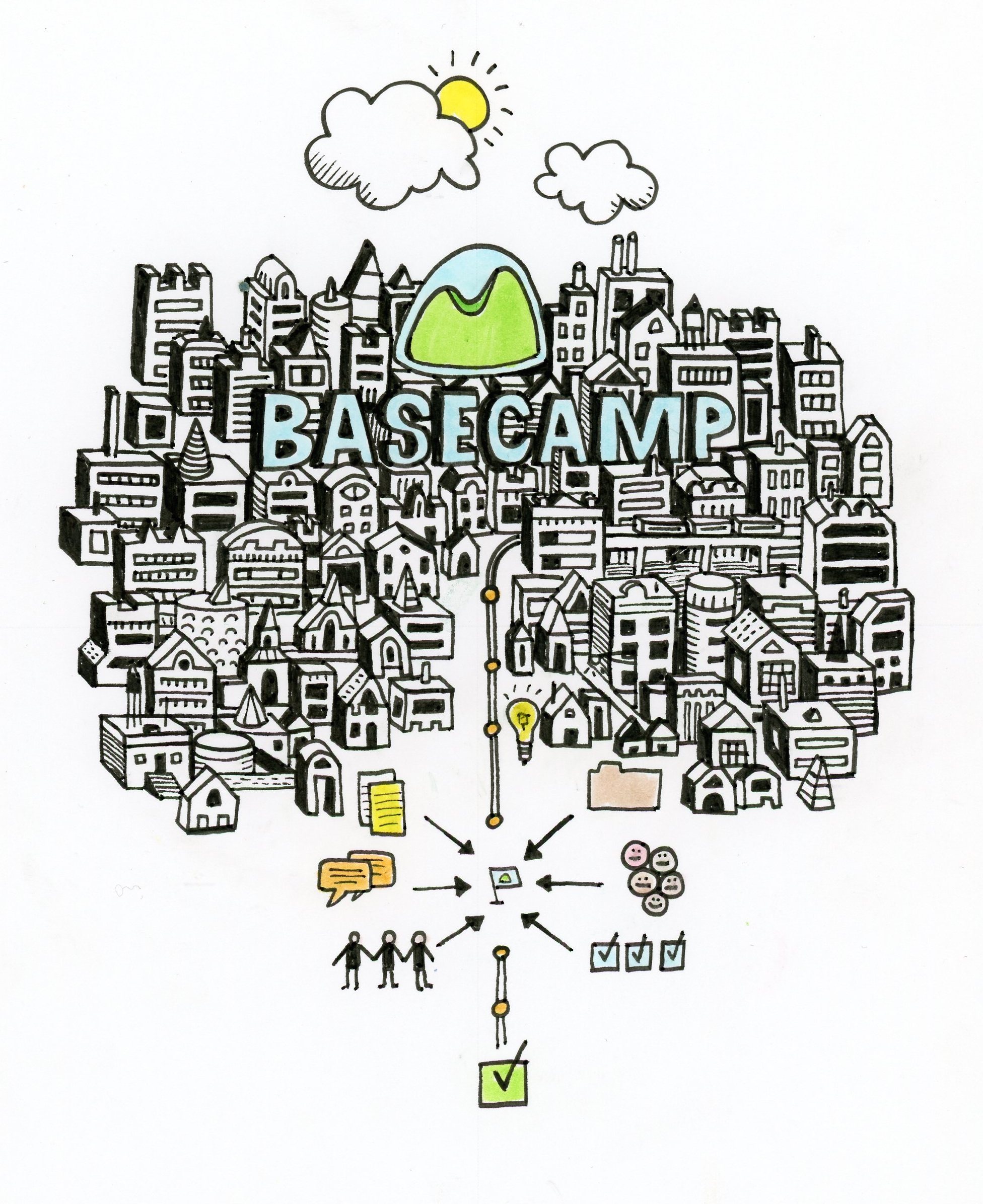 This was drawn as a home image for the iPad app. The designers went in a simpler direction.

I did a bunch of these icon doodles during the last meet up. No use for them whatsoever. 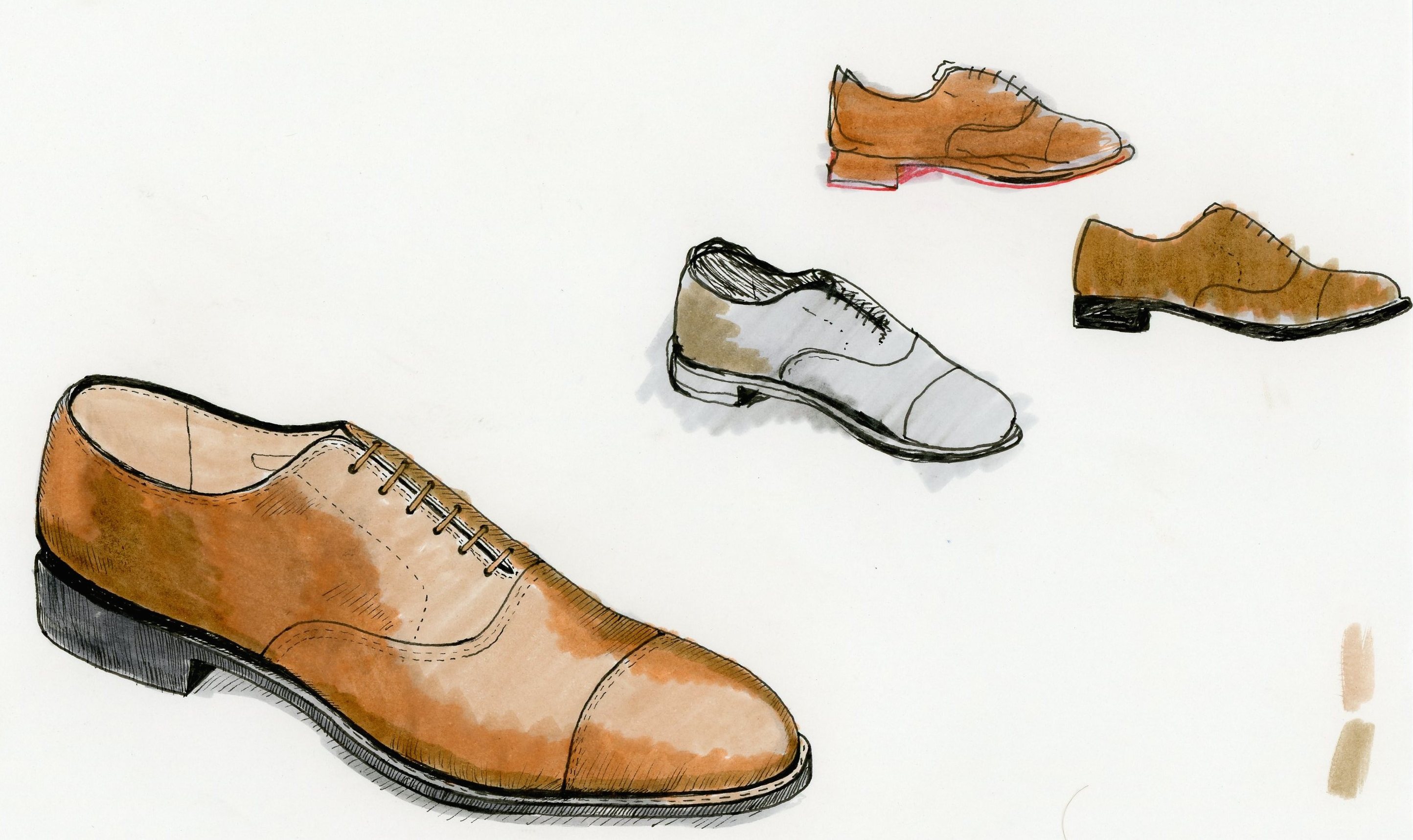 I think everyone liked this one but we never found a place for it. 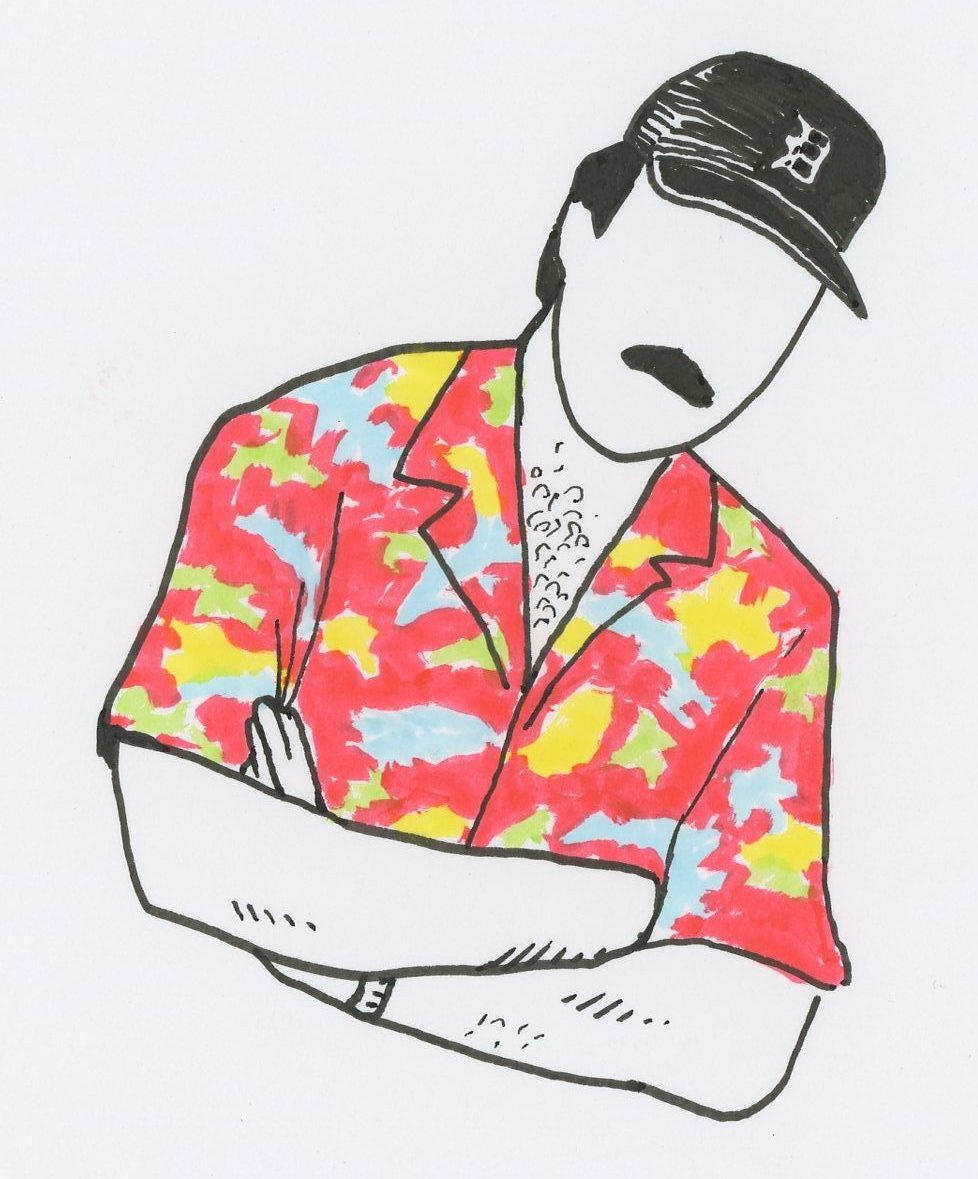 Another logo idea that wasn’t used. 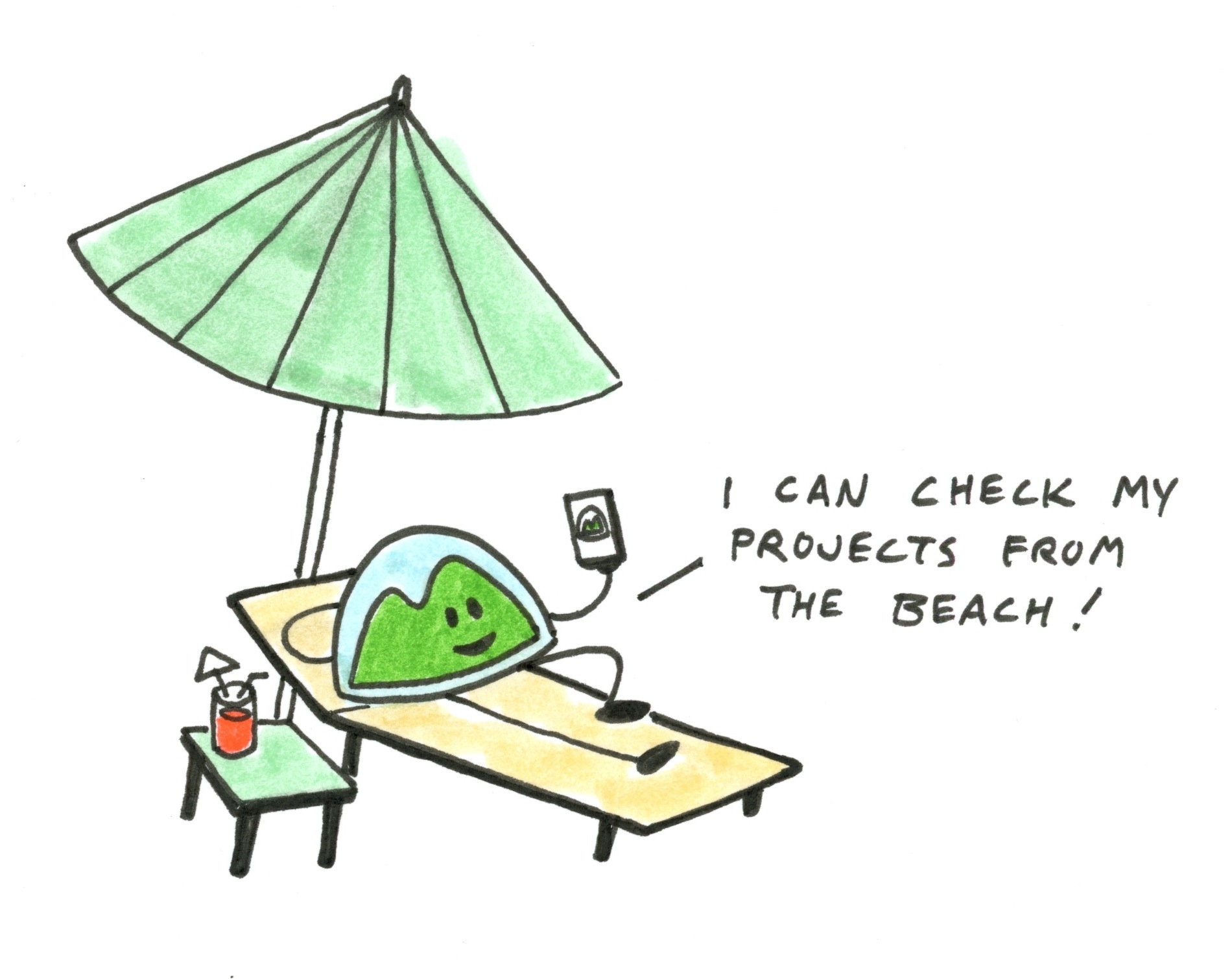 A recent drawing of “Basecampy” chilling at the beach. You can check stuff while at the beach, but you’re probably not going to get much done.

I look forward to the completely unnecessary bulge crotch-shot drawings in the next installation.

The last thing I wanted to do was offend anyone, and I ‘m sorry. I included the bra drawing because I liked it. It was done for an article on The Distance about a long lasting bra store. I replaced it with the shoe drawing which was also done for The Distance.

Love your illustration style. How wonderful of Basecamp to have real artist on their team.

Going to need a print of Thomas Magnum. Please.

your illustrations are beautiful. i like very much the icons. and i love your cities. i think i’ll buy ‘corner sky city’ on society6.