On March 20, 2007, Highrise, Basecamp's simple CRM tool, was launched to the public. Three years later, Highrise for the iPhone was released. Over the years, Highrise has received upgrades and improvements, but it needed a new home and dedicated team to give it the attention it deserved. So, on August 14, 2014, Highrise HQ LLC began – a new company dedicated to Highrise.

At the top of the list of things we wanted to update was the iPhone app. It had been over 4 years since it was released, and it hadn't kept up with changes to iOS. Bugs crept in. Some subtle; some significant. Our plan was to immediately go in and make fixes, but we realized the original iPhone app was built using an iOS framework that wasn't supported any longer, and hence, Apple was no longer approving apps built using that old technology.

We were in a bind. We decided to pull the Highrise iPhone app from the store because of the bugs people were facing (you could still get to the old app from your previous downloads in iTunes), but we couldn't fix anything or offer anything new. On top of that, we had to build a brand new team to support Highrise, get the lay of the land, make improvements to the web app that were sorely needed, and then one day we could get to the iPhone.

Well, I'm thrilled to announce that day is here. We started from scratch. We spent months making sure it satisfied the core needs of Highrise customers. It's been put through its paces with thousands of Beta testers to get it ready.

Highrise 2.0 for the iPhone is now available to everyone on the App Store

Or the Current Location help when editing an address, making it a ton easier to add new Contacts when you are mobile. 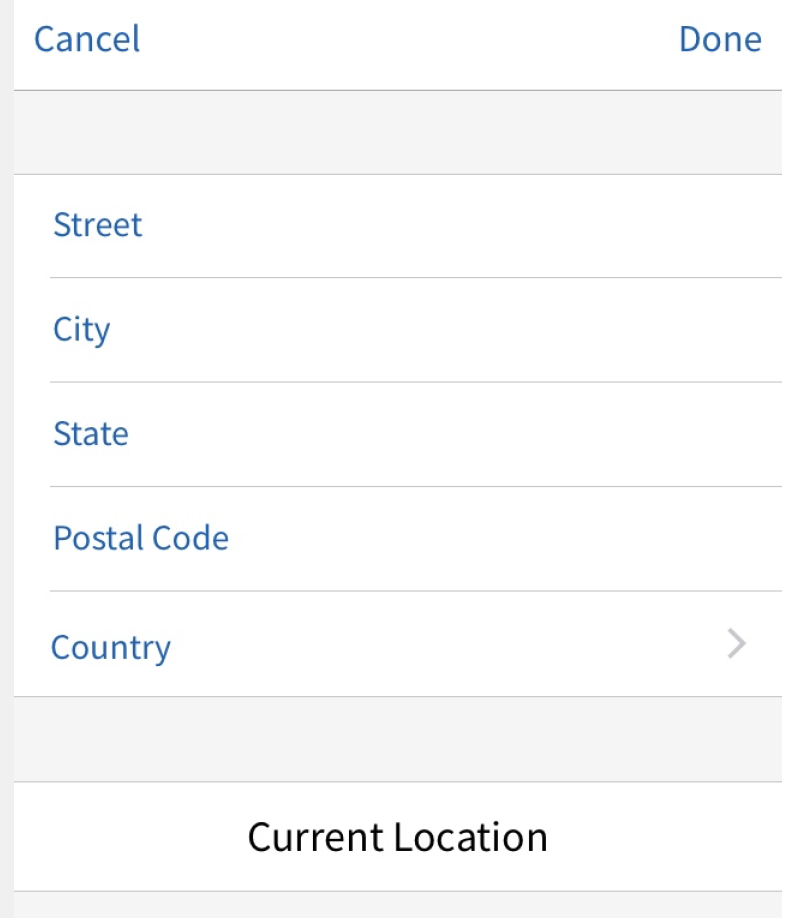 Or the subtle navigation designs, like how tapping the Activity icon once will return you to where you left off in your Activity, but a second tap will scroll you back to the top:

Or the ability to switch amongst your multiple Highrise accounts: 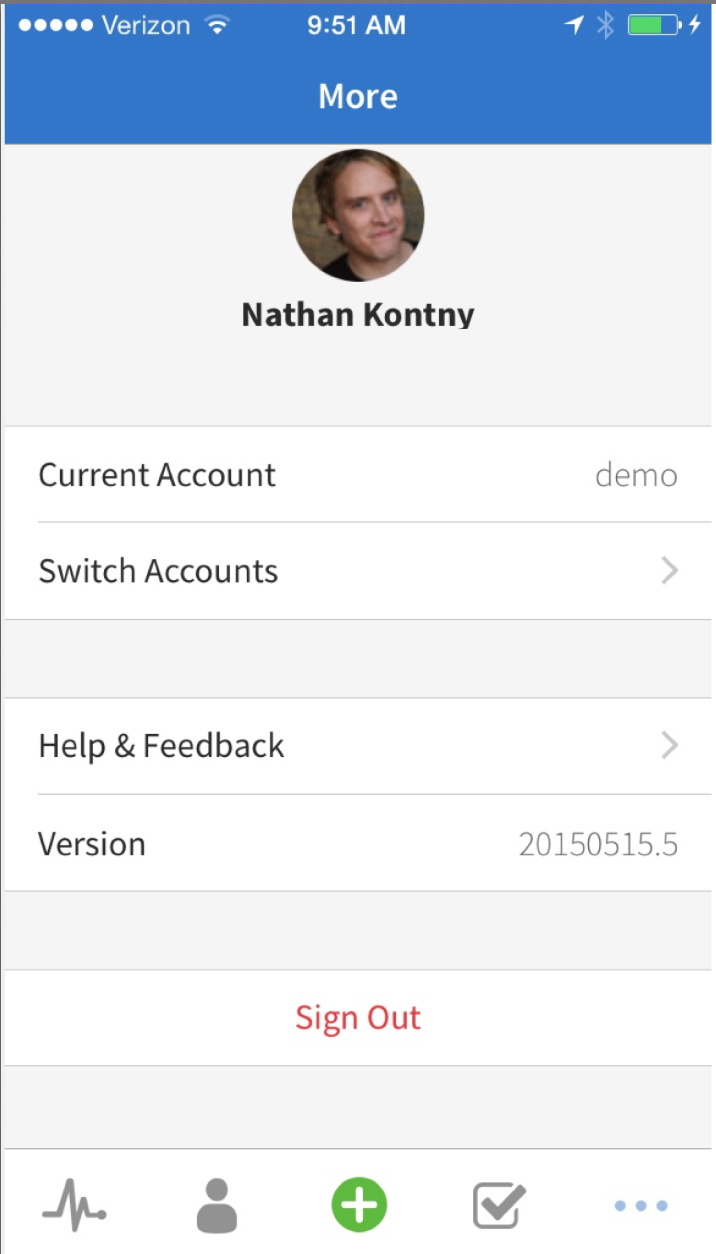 We have plenty more coming for the app. We know folks want Cases, Deals, Tags, and offline support. And we know Android users want an app too ;) All things on our list. But this is a solid foundation for the future of Highrise on mobile, and so far, people have loved it:

@natekontny Love the new app! Thank you for all the hard work.

@natekontny Hi. Just downloaded the new app. Loving it. I used the old one till a month ago. Feels good. Cheers!

If you enjoy it, we'd greatly appreciate a review on the App Store, and if you have any issues or feedback, there's a handy Help & Feedback button in the app to quickly get someone at Highrise to help.

From all of us at Highrise, thank you very much for your patience as we got this ready, and for the tons of help and feedback we've gotten along the way. We hope you find it as handy as we have. It's the first thing I check in the morning :) Thank you for being part of the new Highrise. We're just getting warmed up.

-Nathan Kontny, CEO Highrise
P.S. The Highrise team is growing. If you know anyone who is great at Software Engineering, and would love to be part of improving Highrise please send them our way!

Native? How was it built under the covers? Just curious!

@Tyler yep, it’s a native app written in Objective-C with a few web views for rendering rich content. It has a custom data layer that communicates with our backend using an early version of our next generation API.

What about Android? Mark

Mark, it’s a popular request, and something we want to entertain soon. But I can’t promise when. We have to grow our team some more first. We have a job post out for Software Engineers:

Finding some good ones will definitely help us to accelerate getting an Android app done.

have you guys got some statistics ? how do the android users stand besides ios users ?

at least improve the mobile version… me thinks this glorious app will be serving at least 30% of highrise users….

the other 70% are still waiting for a full mobile version of highrise… and other “non-important” features like: full gmail integration (sending emails with attachments, inserting pictures.. etc)

no offence there Mark, we really enjoy highrises features, but there is a lot of work to be done, and this ios app it`s just not welcomed for most of us.

Since you said that you had submitted the app to iTunes, I have been secretly checking the App Store daily, then one day (two days ago) it was there!

Well done on a great job, I’m really glad the app is out and looking good. I think I might miss having Deals in there too, but we’ll see.

Thanks again & all the best!

It’s simple and it has all the basics to do what it says, tried it out. I am sure updates will make way for deals and cases. Great restart.

Just tried it out. Looks great and seems to work smooth. Thanks for that.

Why isn’t the app available on the Israeli App Store?

Hi Nathan, Thanks for this great update. It will make me using Highrise mobile again.

But no attachments here? At least there should be a decent hint in each note that there is one or more attachment in the “big Highrise”. When will attachments be available?

iPhone app looks great! My team and I have been waiting a LONG time for this. Just one question though: can we expect the app’s design sense to translate over to the web interface? That has been one of my pet peeves with Highrise for several years now – it’s not the prettiest web experience. Thanks again!

When using the new app to add a comment or assign a task to a team member, no email is triggered. Are you going to fix / add this because the email trigger is important – don’t you think?

Yes! I’m so excited, been using Highrise since 2011,Great app! Much better Are you going to integrate a business card reader to work with it? Keep of the great work

So exciting! Jumped over to the App Store and guess what? Highrise 2.0 is not available or just doesn’t exist in the App Store yet. Do we need to wait for this until a certain date?

@Dallin: I recently started using HR more and also found some parts of the web that could be improved. I have solved smaller things such as a wider layout to make use of a larger screen, changed to the Basecamp font, removed a lot of lines and changed font colors to emphasize content instead of UI. If you want to try it, it’s available if you use Chrome and the Stylebot extension.

Just want we needed, thank you for keeping things updated at HR! Very excited to start using the app.

Mark, one other comment I would like to share regarding the app. As I said, it’s very welcome and looks great! However, within my use of HR I use “cases” and “deals” frequently. It doesn’t appear that the new iOS app (nor the old, for that matter) offers access to deals or cases. Is this something you’re planning to offer in the future? Thanks for your consideration.

I like to make stuff on computers. CEO of Highrise, CRM Software.

If you liked this Business post by Nathan Kontny, you’ll probably like reading Constrained, Better Half, and The Scientist